Are you a religious Cross-fitter? Do you go to Raw or Military training classes? Maybe do Caveman training? If you have done one of those, chances are you’ve heard of a Paleo diet. If you have developed an interest in diets recently, you probably heard about it as well. Do you really know all there is to know about Paleo though?

The “why” of Paleo diet

Paleo diet is defined as “modern nutritional plan based on the presumed ancient diet of people living in the Paleolithic era — 2.5 million years – 10,000 years ago”. Paleolithic era ended with the development of agriculture, domesticating animals and growing plants such as grains. The founder of Paleo, Dr Loren Cordain, claims that this was our downfall. Basically, we started growing grains and drinking milk of domesticated animals, and our bodies never adapted to those foods, being primed for the hunter gatherer diet in the first place. So the idea of a paleo diet or any “caveman” diet stems from the theory that our evolution did not catch up with the new foods that we started eating. According to Paleo enthusiasts, grains and dairy is what causes diseases of civilisation such as heart disease, diabetes and metabolic syndrome. Hunter gatherers did not suffer from those diseases, which is confirmed by studies of current hunter gatherer tribes that still populate some jungles.

Is that actually true? Well, there are two fantastic enzymes that we have to digest these food groups. Starch is processed by amylase, and research concludes that the amount of genes for amylase increased over the years since Paleolithic era – which means that we produce more of this enzyme now than the hunter gatherers used to. Another enzyme is lactase for digestion of sugar lactose in milk. Funny enough, this enzyme is what made Homo sapiens different from Neanderthals, and was possibly one of the causes why we survived and they became extinct. Milk is a good source of energy and vitamins and if you think of the times when tools were not that well developed and food was scarce, drinking milk may have provided that advantage where we could still get the energy and nutrients we needed in the winter, as opposed to poor Neanderthals who could not drink it. Also – hunter gatherers don’t die from diseases of civilisation – why? Because they die from infectious diseases – flus, colds, bacterial infections, or get killed by animals. Simple as that.

What is Paleo really?

Now, many people I have met over the past few years (since Paleo became the thing) said they ate a Paleo diet. And then I ask – so, no bread, no pasta? And they reply – “Oh, I eat some wholegrain bread” or “I eat pasta for dinner”. No yoghurt, no milk? Again I hear – “I eat Greek yoghurt every so often”. Well, then you’re not eating Paleo. Rules are quite clear and so far, I have met only one person that actually followed a Paleo diet, and the reason for that is that she was intolerant to grains and dairy.

So what can you eat? Foods recommended are lean meat, fruit and vegetables, eggs, and nuts and seeds. Now, you CANNOT eat/drink:

– Dairy – milk, yoghurt, cheese, cream, butter (since it is made from milk)

– Legumes – no beans, and since peanuts are also legumes, technically no peanuts either

– Refined sugars – sweets, anything with added sugar (no fruit juice unless it is freshly squeezed or has no added sugar)

If I was to argue the evolutionary principle I would say you also should not eat oils, since these are also a product of agriculture. But as far as I know, paleo doesn’t go that far.

Comparisons to other diets

Paleo often compares itself to SAD – Standard American Diet. And in that comparison, it looks great! SAD is well, sad, full of burgers, saturated fat, sugar, salt, and overloaded with protein (note: most standard Americans on that diet are not very active and therefore, do not need much protein to maintain their muscle). However – any diet looks great when compared to SAD.

How does it compare to a regular healthy diet? A 2011 ranking by U.S. News & World Report (22 experts) ranked Paleo diet lowest of the 20 diets evaluated based on factors including health, weight-loss and ease of following. Another survey in 2012 – placed it at 24th place out of… 24.There are (reportedly) some studies that claimed beneficial effect of Paleo diets, but these have been reviewed by this panel and it was mentioned that they were done on a small amount of people and lasted a short amount of time. Paleo usually consists of 18-35% protein, 22-40% of carbohydrates and 28-58% fat, as opposed to regular recommendations of 10-15% protein, 45-65% carbs and 25-35% fat. The low amount of carbohydrates in a diet can cause ketosis – acidification of your body due to fat breakdown. I promise, it doesn’t make you feel great. Another issue with paleo is that lack of dairy products in the diet drastically lowers calcium and vitamin D intake. Taking supplements for the reason that people in Paleolithic era did not die of heart disease – somehow I don’t feel like it is a good enough reason.

If you are currently on SAD – yes, why not. But generally, I would find a different lifestyle. Paleo can be expensive, as the marketing surrounding it makes all Paleo foods or restaurant meals pricier than their “regular” equivalents. And the health benefits are unknown to say the least. 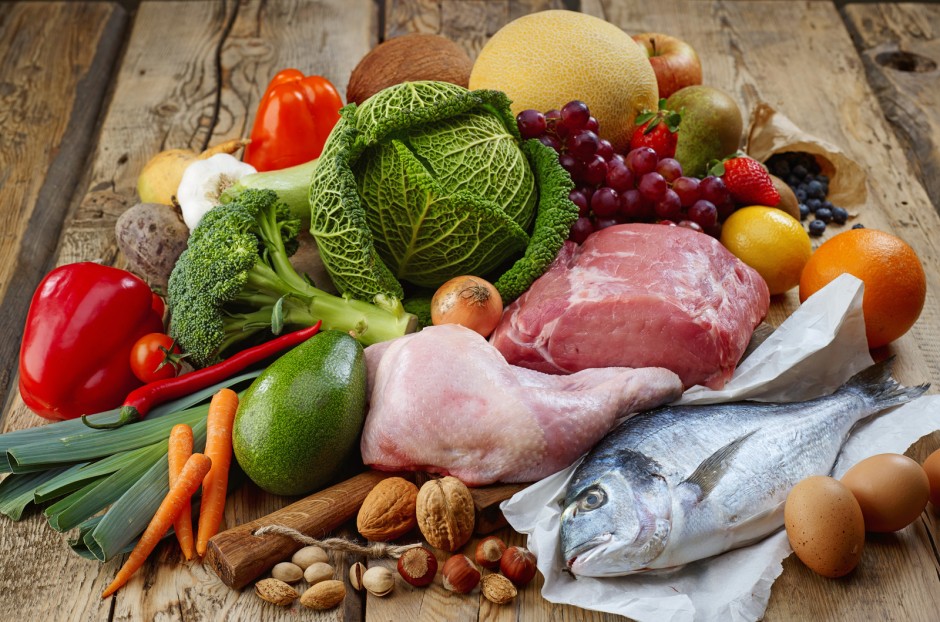